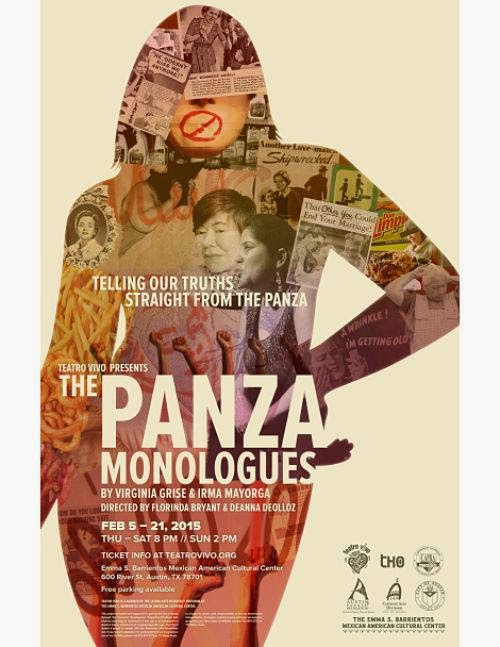 Panza Power arrives in full force in Austin this week! It's a quinceañera, 10 year reunion, and homecoming all in one panza packed week!

Teatro Vivo presents the Austin premiere of the first independent production of The Panza Monologues in a production directed and performed by Florinda Bryant and Deanna Deolloz with Eva McQuade.

A super smart interview with us about the upcoming production and all sorts of panza thoughts is featured in the Austin Statesman is now available online in English HERE and in Spanish HERE.

Also, Virginia will participate in post-performance question and answer discussions after performances on Feb. 6 – 8.

About the workshop: Drawing from a long tradition of artists that identify and transform language on all levels, this writing intensive series explores how memory, images, emotion and stories live in the body. A focus on writing for performance though no acting or performance experience is necessary. Open to artists of all experiences and disciplines. Dress comfortably. Bring several pens and a new journal.

Fee for the workshop is on a sliding scale and includes a ticket to The Panza Monologues performance.

In addition, join Virginia at these Austin appearances:


Austin, we’re comin' for ya! #showusyourpanza


Posted by The Panza Monologues at 9:43 AM No comments:

The Year of The Panza 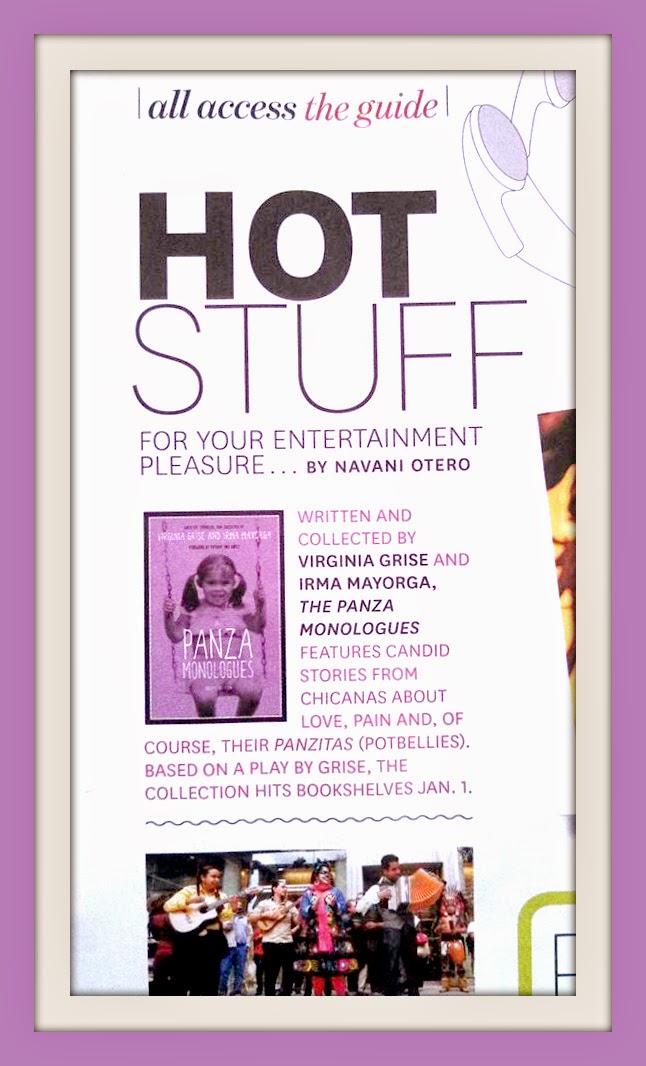 After getting a mention in Latina Magazine's December 2013 issue (c'mon who ever thought a fashion magazine would embrace the panza?) - The Panza Monologues has found its way into new and exciting places all across the nation:  from college classrooms to a women's prison, from the stage to the living room, from academic conferences to barrio bookstores. Needless to say - it's been a trip, ya'll!

We officially launched The Panza Monologues, 2nd Edition book (published by The University of Texas Press) on Jan. 1st of last year. Ten years after the world premiere of The Panza Monologues play at ALLGO in Austin, Texas, our once panzita, now panzona book, is a year old. We are forever grateful to all the astounding, encouraging, affirming and rowdy panza allies we have met along the way. Gracias. Thank you.

Here's a look back on the 10 most memorable

1. In addition to our public readings in Arizona, Texas, Minnesota, and New York, The Panza Monologues, Second Edition is read in front of over 50 women in a cafeteria at Perryville Women's Prison. A small group of them even perform their own Panza Monologue. Power to the Panza! 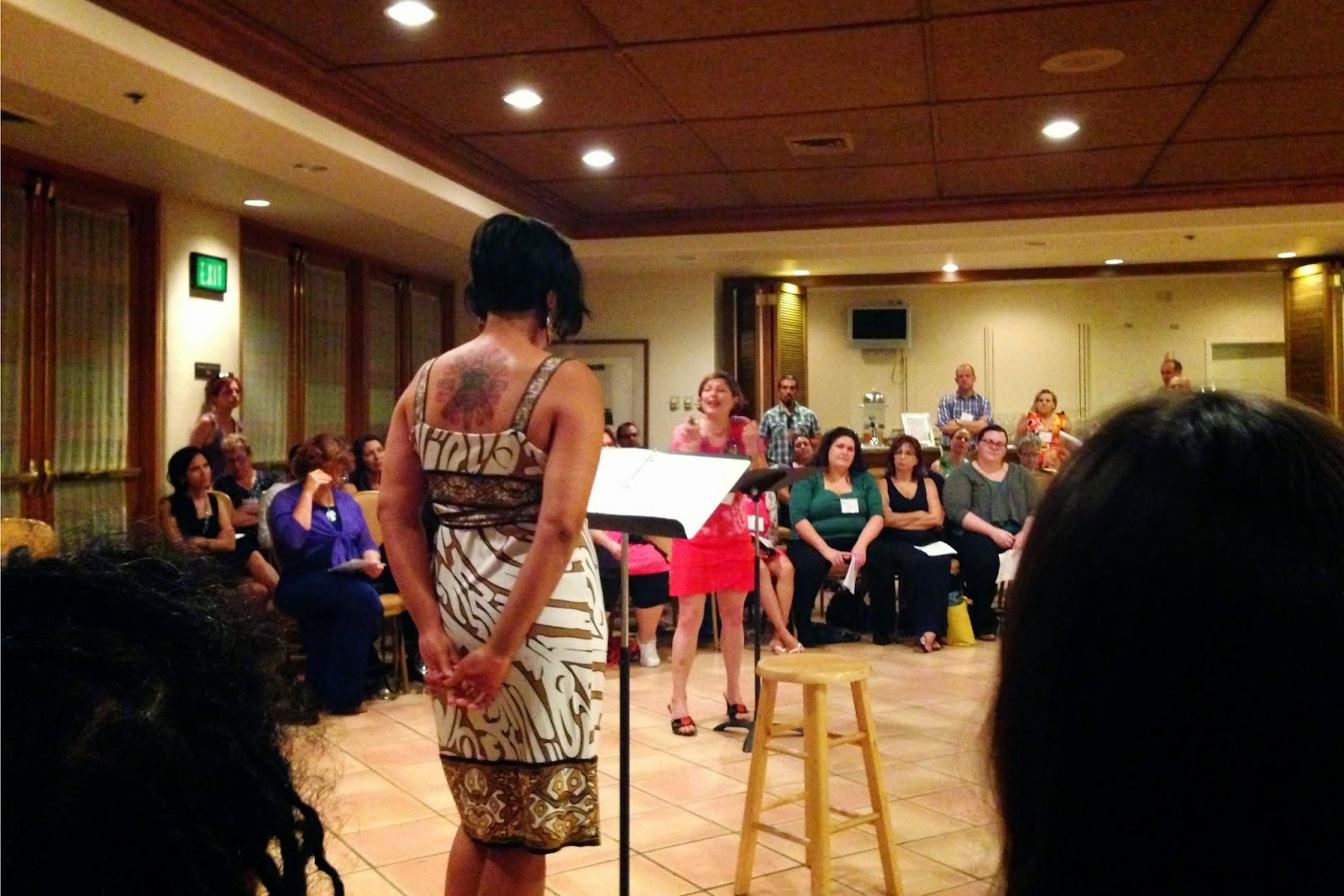 2. The Panza Monologues, Second Edition is a featured publication on the "Spotlight on New Works" panel for the Association for Theatre in Higher Education (ATHE) national conference in Scottsdale, AZ. And, an excerpt of The Panza Monologues was performed by an ensemble of ATHE member/scholars and directed by Jason Ramirez. The performance was presented in an evening of staged readings entitled "Intimate Acts" that also included selected performances of work by playwrights Amiri Baraka, Cherríe Moraga, and Luis Valdez.


3. For the first time ever, a group of men host a Panza Party - and in the Rio Grande Valley no less - cuz men have panzas too!

4. Using our "DIY Production Manual" (included in the 2nd Edition) as a guide, students begin organizing and producing The Panza Monologues on their college campuses, including Mills College, UC Riverside and SUNY-Oneonta. 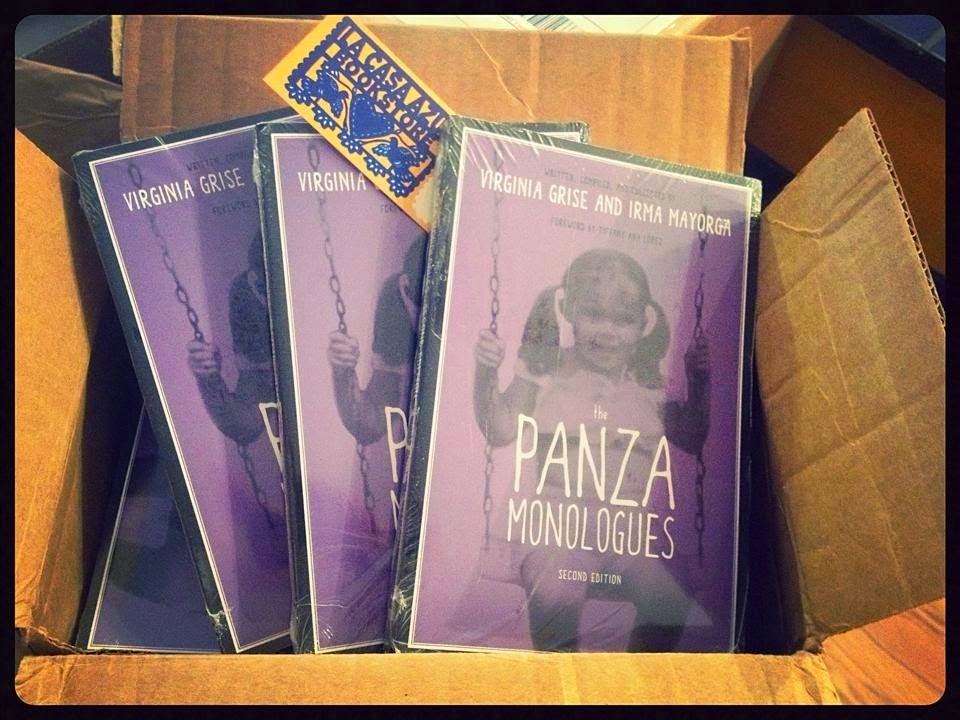 6. Over the summer, we organize a "Some Like it Hot South Texas Book Tour" that travels to 5 cities in 5 days, where we sold out of The Panza Monologues, Second Edition not once, but twice! 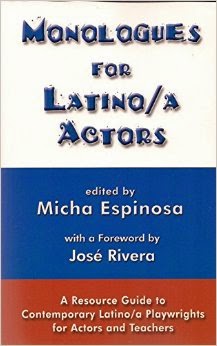 8. An excerpt of "The International Panza" is published in "Monologues for Latino/a Actors: A Resource Guide to Contemporary Latino/a Playwrights for the Student and Teachers," edited by Micha Espinosa.

And if these notable events weren't enough...wait until you see what we have cooking for 2015!

Our only New Year's resolution is to make this the year of Puro Pinche Panza!

We're gonna kick it off in February with our 10 year reunion in Austin, Texas where Teatro Vivo will be producing an ensemble based, full production of The Panza Monologues.

We hope to see you there! Ajua!